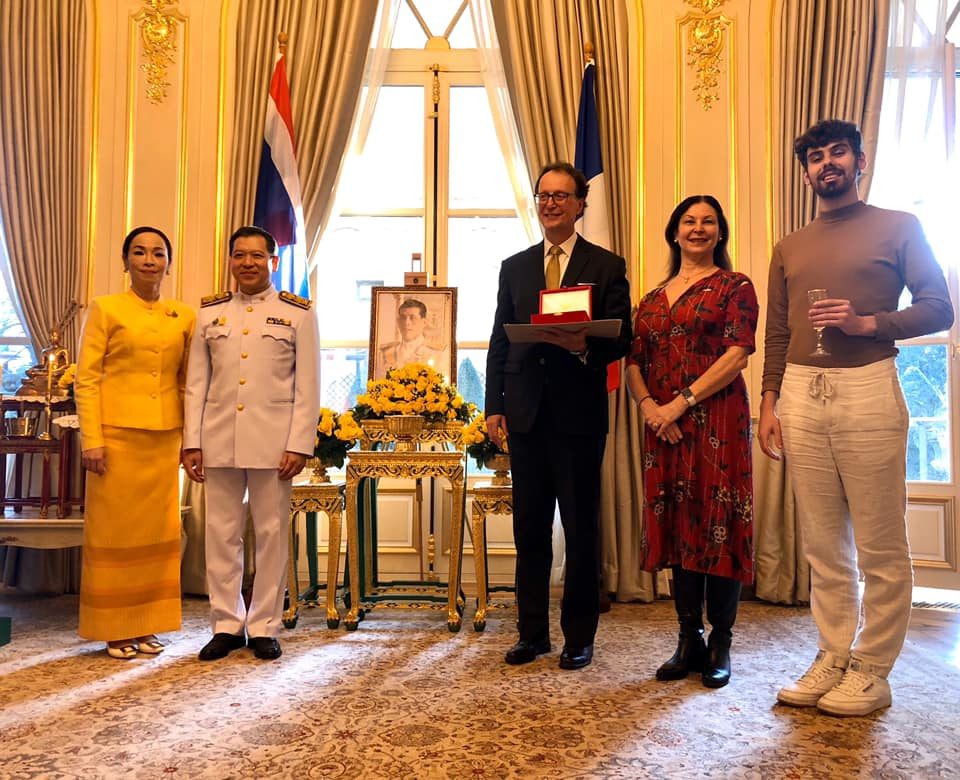 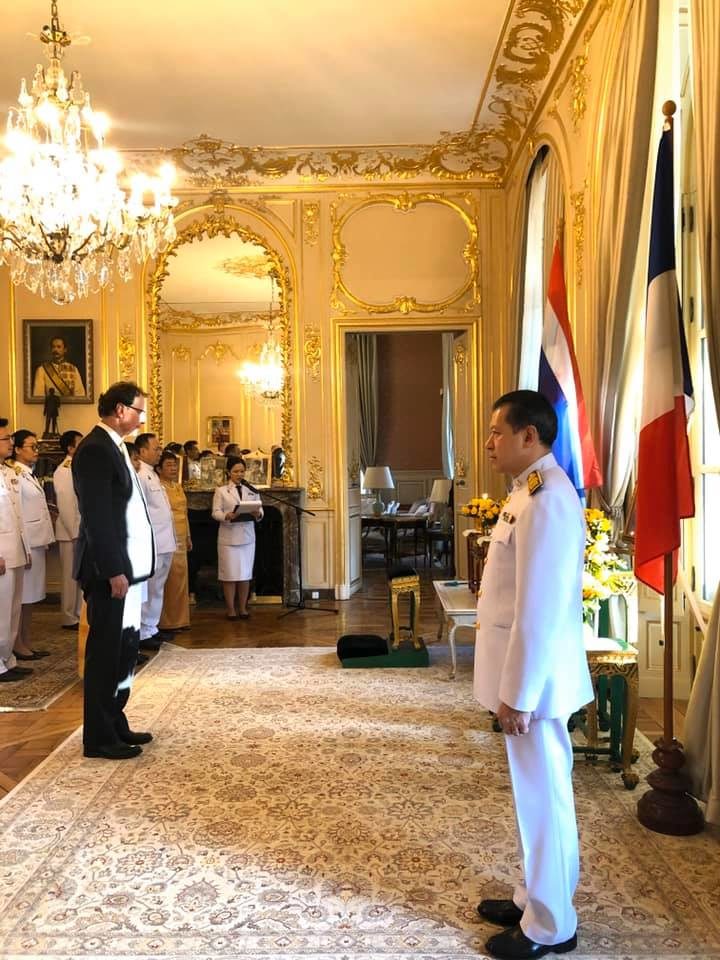 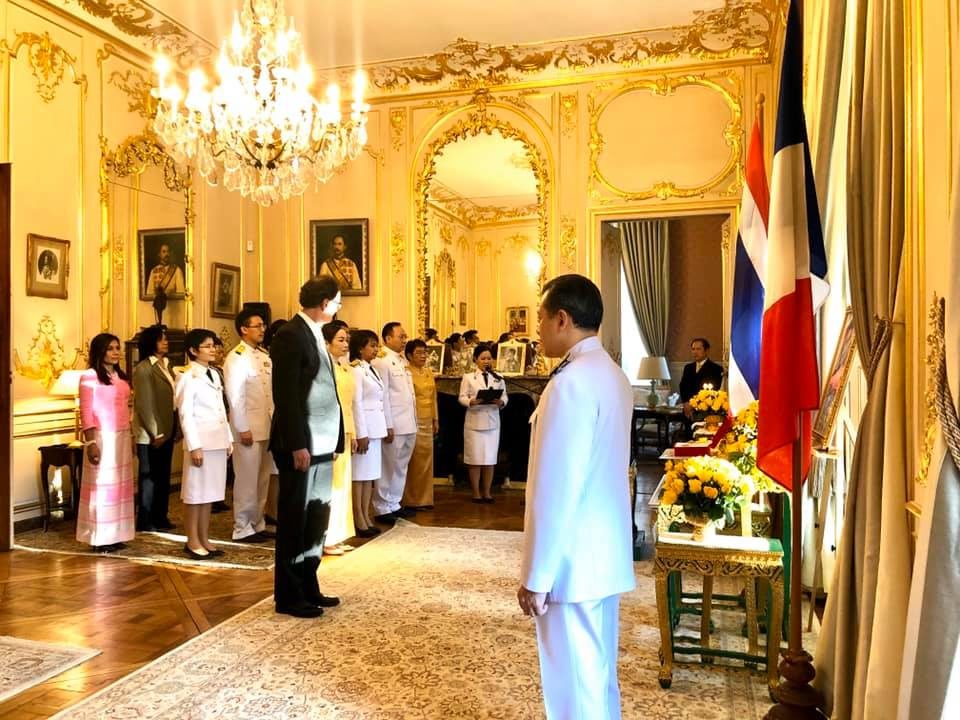 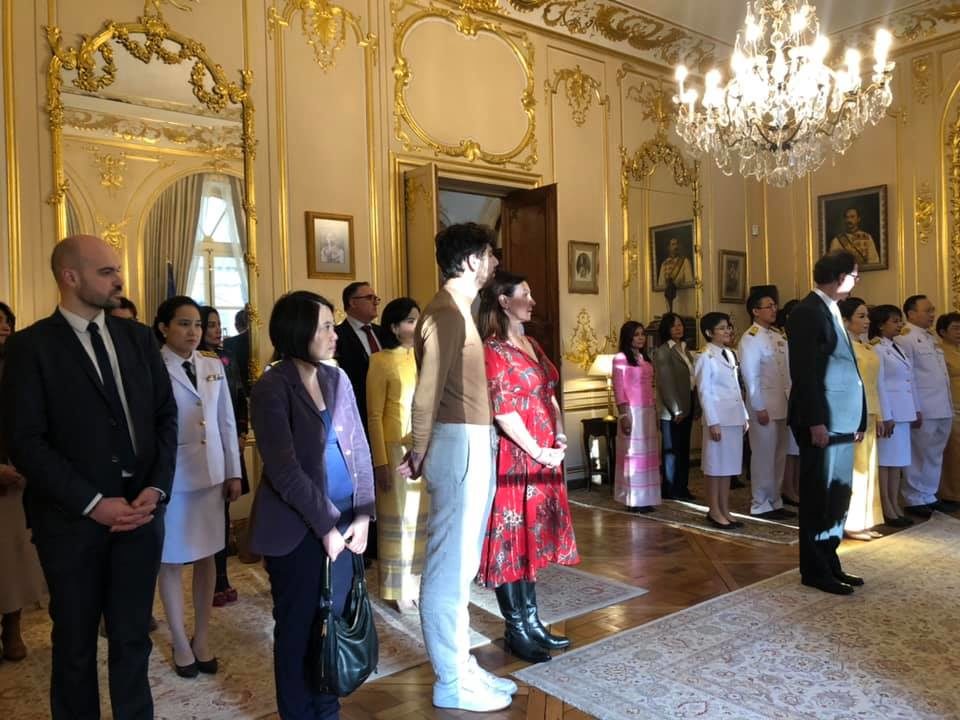 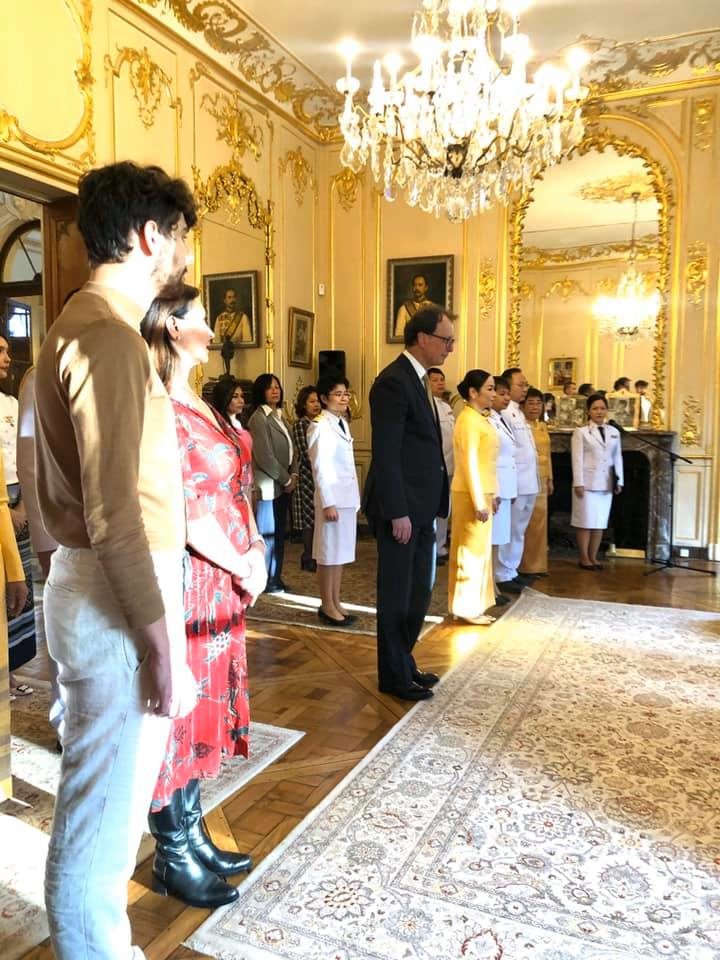 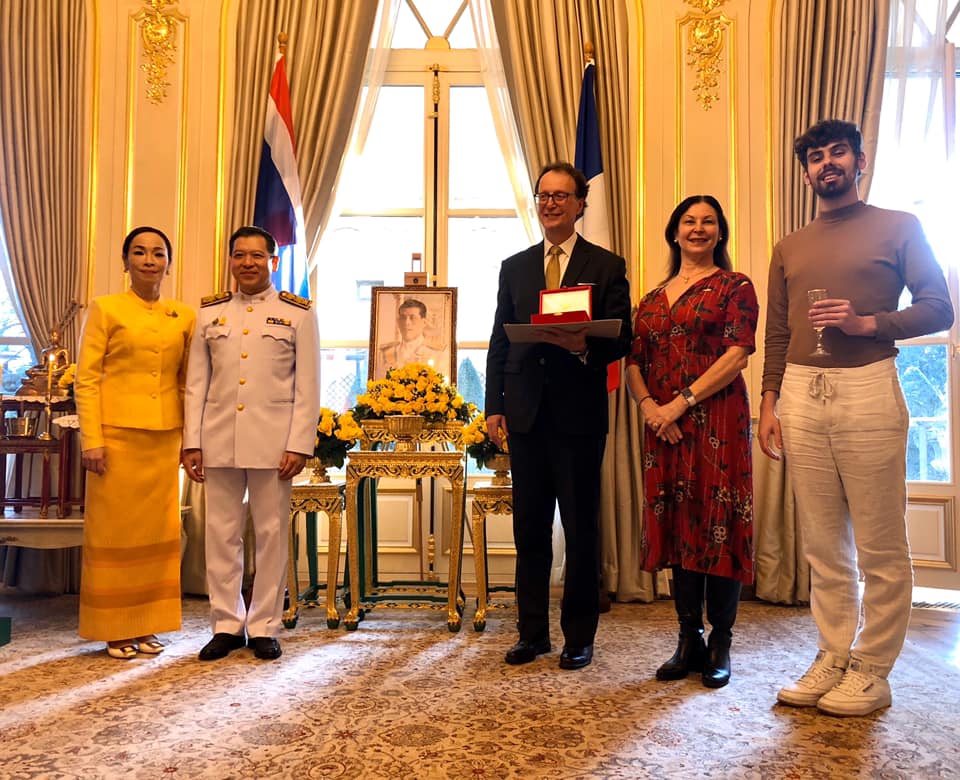 During his term in Thailand, the Honourable Mr. Gilles Garachon had played a vital role in promoting the relationship between Thailand and France in all dimensions, including political, economics, educational, social and cultural ties.  Moreover, he had initiated and organised the historic photo exhibition “Les visites d’État, une diplomatie d’amitié” to commemorate the 160th anniversary of the Franco-Thai diplomatic relations at Siam Paragon, as well as encouraged the high level exchanges between government officials and business sectors of the two countries.

After the ceremony, H.E. Mr. Sarun Charoensuwan and spouse hosted a congratulatory reception in honour of the Honorable Mr. Gilles Garachon and his family at the Thai Residence.