At this year’s United Nations General Assembly, the world witnessed the unrelenting force of South Korean soft power, as members of the K-Pop sensation BTS performed their megahit “Permission to Dance” at the General Assembly Hall.  In spreading the message about the UN Sustainable Development Goals to millions of their fans worldwide, BTS did their part in boosting South Korea’s image as a global leader of sustainability, complementing the country’s role as convener of the Partnering for Green Growth and the Global Goals 2030 (P4G) summits.

“Soft power”, perhaps less tangible than “hard power”, has become an important source and tool of influence for countries seeking to elevate their status in world affairs. Rather than using military force or economic clout to coerce others to give into your wants, it is much less expensive to make yourself liked by others and get them to do as you please.  The term, as coined by Joseph Nye, helped explain the triumph of democracy over communism in the late 1980s.  At that time, blue jeans, smuggled Bruce Springsteen cassette tapes, and Voice of America broadcasts traversed the Iron Curtain and spread the idea of freedom and democracy.

These days, a nation’s soft power continues to be associated with the popularity of its culture, economic performance, and its positive foreign policy contributions. Getting a lot of “likes” reflects a country’s relative standing or ranking on the world stage and this is an incredibly valuable asset. In fact, governments spend millions of dollars on nation branding to manage and improve its image.

Today, Thailand performs rather well on the soft power scale, coming in at number 33 out of 100 nations surveyed by Global Soft Power Index 2021. But what is perhaps more remarkable is that this concept of soft power had much earlier applications in Thailand, and offers a very plausible response to the often posed question of why Thailand was able to remain the only country in Southeast Asia that was never colonized.

When Siam faced colonialist pressure that threatened its independence in the nineteenth century, its wise king had the foresight that improving the national image and winning over influential friends was far more cost-effective in safeguarding the nation’s sovereignty than going to war.

Indeed, since the early days of his reign, King Chulalongkorn understood that modernization was essential for Siam to escape the onslaught of colonialism. Modernization was carried out not only to improve Siam’s infrastructure, governance, and its people’s quality of life, but also to improve the country’s image and stature. The King employed several western advisors and professionals to assist him in carrying out several impressive projects, from government, education and social reforms, to modernization of transports and telecom, intent on bringing Siam up to standard with “civilized” nations.

Still, the rapid modernization of Siam was not enough to counter the mounting expansionist threats from the European powers. During 1886-1896, Siam had to face a number of crises.  In 1893, France sent gunboats up the Chao Phraya River, demanding compensation from Siam for skirmishes that resulted in the death of French troops. Siam painfully ceded substantial territories, east of the Mekong River, paid 3 million francs, and handed over temporary control of the port of Chanthaburi to France as collateral.  Three years later in 1896, Britain and France signed the Anglo-French Agreement, essentially making Siam a “buffer” between French and British colonial interests in Southeast Asia. However, the terms of the agreement merely stated that France and Britain would not violate Siam’s sovereignty without the prior consent of the other party. This declaration did not offer a firm guarantee for independence, but rather indicated that France and Britain would not go to war over Siam.

In the following year, King Chulalongkorn embarked on his first historic European sojourn. It was uncustomary for the King to go abroad, so palace officials told the Thai public that the King was traveling to cultivate diplomatic ties and learn about western civilization.  However, the European press had a different take on his visit and reported extensively that the King was seeking supports from major European powers to maintain Siam’s sovereignty.

As one of the first Asian monarchs, along with the Ottoman Sultan and the Shah of Persia, to visit all of the important capitals of Europe, King Chulalongkorn and his trip were the subject of much curiosity and fascination. His affable manner and fluency in the English language made him well-respected and admired among the European nobility and aristocracy. European newspapers and magazines followed his movements closely and reported on his every engagement at both official and social events.

The King was not an inexperienced traveller.  In his youth, he first travelled abroad at the age of 18 to Singapore and Java in 1871.  He later visited India in 1872, where he was given the highest honour and was invited to observe a large-scale military exercise outside of Delhi. His itinerary was closely chronicled in the press of the time. Newspapers even discussed minutiae, such as the excitement of shopkeepers keen on displaying their wares to the King’s entourage.

The flurry of press interest during his visit to India did not go unnoticed. For his first trip to Europe, the King’s visit was carefully and strategically planned to create the right impressions, putting the Thai monarchy on par with European dynasties, and also to send a direct message to those who threatened Siam’s sovereignty.

King Chulalongkorn made sure to call on his powerful and sympathetic friends, Kaiser Wilhelm II of Prussia and Tsar Nicholas II of Russia, well before his visit to France and Britain. He also paid a visit to the elderly European statesman Otto von Bismarck at his residence, which generated much media attention throughout the continent. The King’s trust in his friendly relations with Prussia led to the employment of many Germans in strategic sectors in the modernization of Siam.  Among them were Karl Bethge, the first Governor of the State Railway of Thailand and Theodor Collmann, the first inspector of the Post and Telegraph Department of Thailand. Such appointments should have raised eyebrows under the watchful gaze of the British and the French.

Meanwhile, the king’s close personal ties with the Royal House of Russia, where he sent one of his sons, Prince Chakrabongse, to study for eight years, directly helped Siam vis-a-vis French and British colonialist ambitions. The Franco-Russian alliance also worked well in Siam’s favour. After establishing diplomatic ties with Siam during King Chulalongkorn’s visit to St. Petersburg in 1897, Tsar Nicholas II sent one of his best envoys to Bangkok. Alexander Olarovsky, who served as the first Consul-General of Russia to Siam, was instrumental in mending Franco-Siamese relations and persuaded France to return Chanthaburi to Siam. Furthermore, as Russia was at odds with Britain in the Afghan ‘Great Game’, the former also had a direct interest in preventing Siam from falling under Britain’s sphere of influence.

In Europe, King Chulalongkorn soon became widely recognized as one of the most prominent monarchs of the world in his days. Despite the difficult relations that Siam had with Britain and France, King Chulalongkorn took great care to project an image of amity with their heads of state, thereby creating favourable sentiments among the general public.  In England, he was hosted at Buckingham Palace and had lunch with Queen Victoria at Osborne House, her private residence on the Isle of Wight.  In republican France, he was received with all the pomp and circumstance befitting a visiting European monarch, despite initial doubts that there could be protests staged against the Siamese sovereign.

Although King Chulalongkorn could not win over the powerful colonists with any resources of “hard power”, he showed the world that, with the right combination of diplomatic acumen and effective public communication, he could attract influential European leaders, and even the Western public, to support his cause.  On the other hand, the King’s efficacious diplomacy played a pivotal role in securing Thailand’s stature as an independent nation throughout history, and apparently, has brought about a timeless lesson that attests to the value and effectiveness of “soft power”.

About the author: Hon. Mr. Kitti Wasinondh, Senator, is a former career diplomat with a distinguished career in many roles at the Ministry of Foreign Affairs. He served as the Director-General of the Department of ASEAN Affairs and the Department of Information, as well as Ambassador Extraordinary and Plenipotentiary to the Court of St James’s. 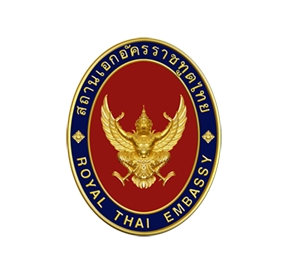